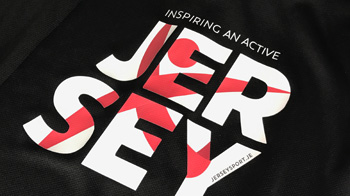 
With one-in-three children in Jersey overweight or obese by the final year of primary school, and against a backdrop of an ageing population with increasing concern about mental health, Jersey Sport is today calling for a new Minister for Sport and Wellbeing position to be introduced as a vital part of the island’s new-look government.

The independent, not-for-profit organisation is making the call following the success of the #VoteForSport campaign which garnered support from around 1,000 people including many of the elected candidates.

In the most-recent Assembly, responsibility for sport fell to an Assistant Minister within the Economic Development, Tourism, Sport and Culture department.

Seat at the top table

“We need sport and active living to have a seat at the very top table,” said Jersey Sport Chairman Phil Austin.

“The recent election has seen a number of publicly pro-sport candidates elected, and with the backing we got for our campaign it gives us a real mandate to push ahead and urge the Chief Minister to act.

“Sport has found itself aligned with various departments over the years but has often had difficulties competing for funding and attention when grouped with areas such as Education and Economic Development.

“We recognise that the States is currently going through a restructuring process, and to be clear we’re not lobbying for a separate department, but we do believe a ministerial role working closely with us would be hugely beneficial.

“We hope that whoever succeeds in the race to become Chief Minister realises the importance of having a Minister for Sport and Wellbeing, as we’re not just lobbying on behalf of sport but on behalf of the health of, and quality of life in, our island.”

The Chief Minister Designate will be selected on 4 June and new ministers will then be chosen on 7 and 8 June. The States is consulting on the restructuring of departments, but there are no current proposals to change ministerial positions or responsibilities.

“The Vote For Sport and Active Living campaign we ran in the build-up to polling day proved just how important a healthy, active island is to islanders,” added Jersey Sport CEO Catriona McAllister.

“High levels of exercise and just generally living more actively will create a healthier and, importantly, happier place to live.

“The need to look after your physical and mental wellbeing through a good diet, not smoking and a reduction in alcohol consumption are all important parts of maintaining health, and as such there’s a strong case to link sport and active living with a ministerial remit that also focuses on wellbeing as a whole.

“To truly inspire an active Jersey there is much work to be done, and that’s why we need a dedicated ministerial role. We need to make sure facilities are fit for purpose, that public health promotion is given the resources it needs, and the schemes such as the Daily Mile are introduced.

“Sport and active living is an enabler for the government in achieving their wider political aims. Our new long-term strategy to inspire an active Jersey will be released later this year – having a ministerial role will be significant to accelerating the outcomes of that plan.”