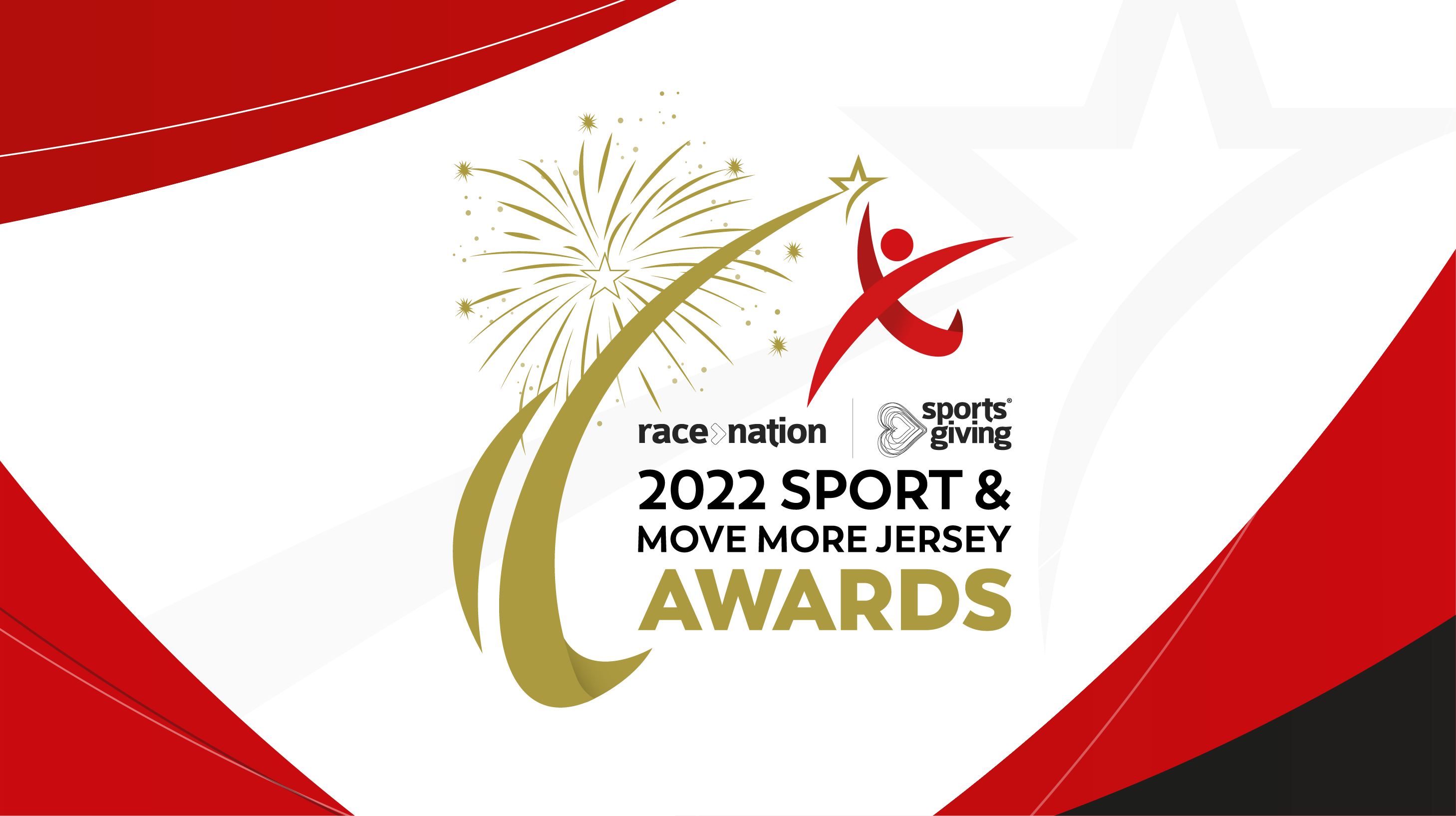 
Jersey’s sporting community gathered at the Radisson Blu Waterfront Hotel on Friday night to celebrate the achievements of the inspirational individuals, sporting organisations, schools and businesses who participate, coach or volunteer within sport, and those who enable active opportunities in the island at the RaceNation 2022 Sport and Move More Jersey Awards!

Thirteen Awards were presented during the evening, in recognition of the many achievements in local sport and active living, which had taken place between 1 August 2019 and 8 August 2022.

A Special Achievement Award was presented to Sally Minty-Gravett MBE for setting a new cross-channel record and becoming the first person to complete the sea swimming challenge six times, over six decades.

Lifetime Achievement Awards, sponsored by Beresford Street Kitchen, were presented to Jason Hammon, Kevin Mansell and Mary Rosser, for their dedication to playing, coaching, officiating and volunteering in sport over such significant periods of time during their lifetime.

And the new Local Hero Award, sponsored by Reiach and Hall Architects, and Axis Mason, was presented to Dan Hawksworth, Tim Pollard and Harry Shalamon to recognise the effort and achievement each has contributed to local sport and physical activity.

Will Golder, RaceNation CEO said, “I would like to personally congratulate all the shortlisted entries and award winners across a range of volunteers, coaches, sporting organisations and events. Having built our business within the charity, fundraising and events sector on the Island, it’s inspiring to see the dedication and commitment going from strength to strength. It’s a privilege to be supporting the very best within Jersey sport.”

Faithful + Gould Young Volunteer of the Year Award (Under 25)

Jersey Mencap Manager or Coach of the Year Award

More information about the RaceNation 2022 Sport and Move More Jersey Awards can be found at: www.jerseysport.je/awards-2022.