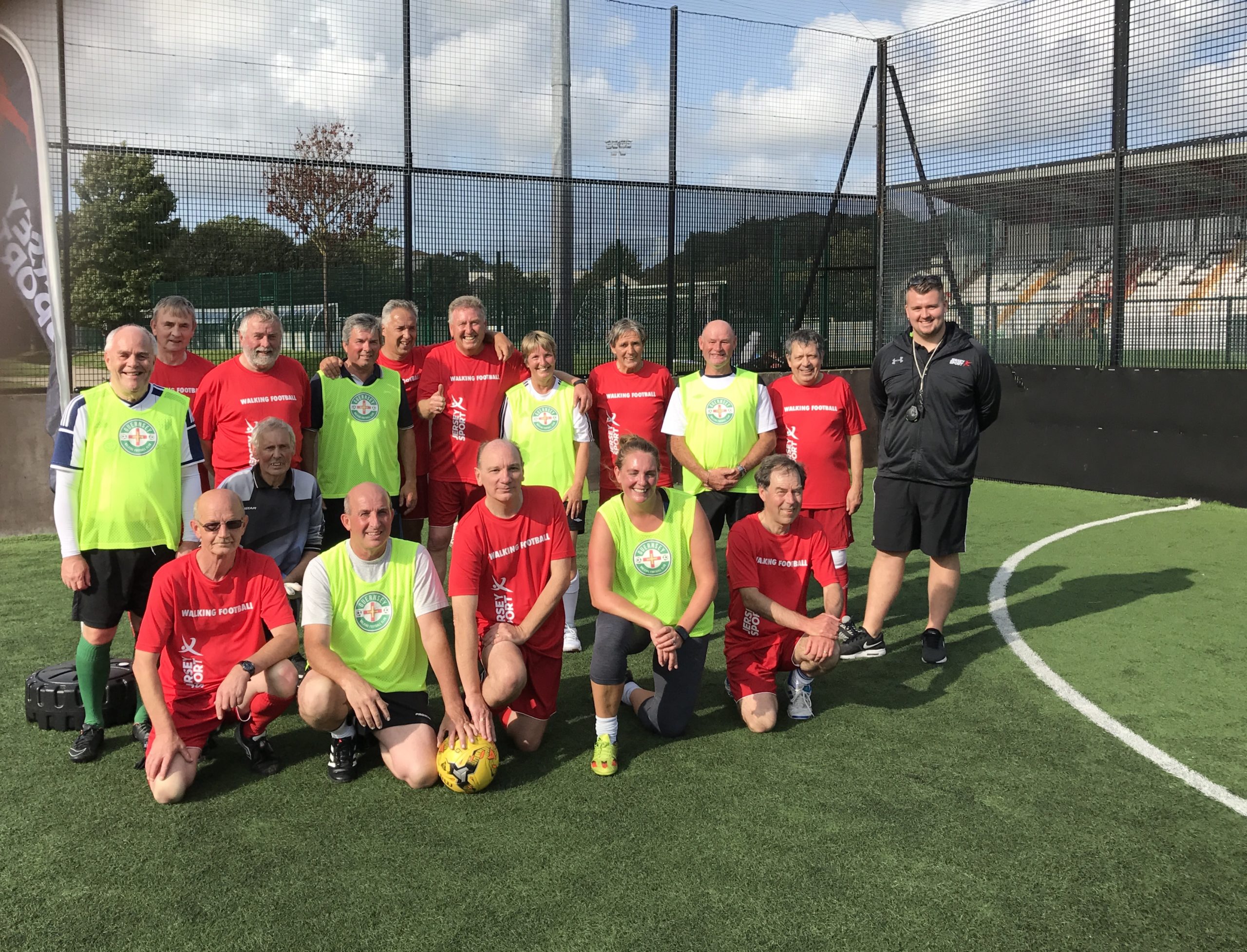 
On Saturday, Jersey Sport’s walking footballers welcomed their Guernsey rivals to Springfield for a friendly tournament.

Every team played each other twice and all games were played in a great spirit of friendly competitiveness.  The final was decided on points earned throughout the day and Guernsey emerged victorious at the end of the afternoon.  Guernsey’s stand-out player was their 67-year old goalkeeper whose incredibly athletic saves kept the scorelines low.

Jersey Sport’s Community Programmes Officer Dan Garton said, “This was a fantastic afternoon and all the players really enjoyed it.  It captures perfectly what we’re trying to do with the walking football sessions as it was a real social occasion and new friendships were made.  Guernsey have invited us back in October for a tournament and everyone’s looking forward to it already.”