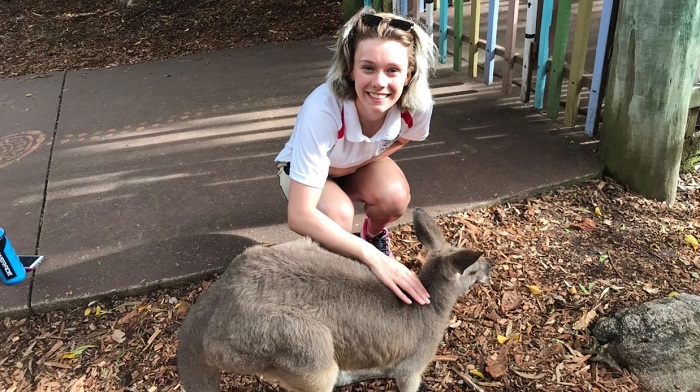 Swimming in the same 100m backstroke heat as Australian Emily Seebohm, who broke the Games record, Atherley registered a time of 1.04.75, narrowly missing out on the semi-finals and finishing 18th overall.

The time was Atherley’s second personal best in as many days.

“Two island records and 100 percent PB improvements in their events is all we can ask for. I’m looking forward to seeing them both go in their favoured events over the course of the next four days.”

Away from the pool it was a busy day for Jersey’s lawn bowlers. The men’s triples continued their impressive start to the tournament with a 20-10 victory over Fiji, followed by an 11-11 draw with Brunei Darussalam.

Meanwhile, in gymnastics Bonita Shurmer and Rachelle Flambard made their Commonwealth Games bows.