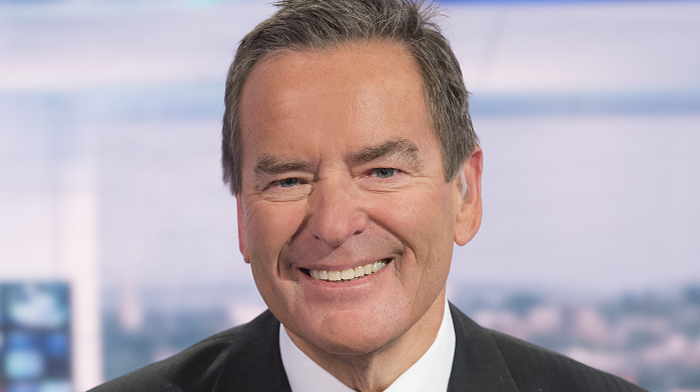 Legendary Sky Sports presenter Jeff Stelling will be the special guest speaker at the end-of-season awards night and dinner being put on by the Jersey Football Combination and Jersey Football Association.

Stelling, known to millions of viewers worldwide as the charismatic host of Soccer Saturday, will join in a night of celebration at the L’Horizon Hotel on June the 8th, 2018.

The largest car dealership in the Channel Islands Jacksons has generously agreed to sponsor the occasion, which will raise money for local football and three charities – Prostate Cancer UK, Mind Jersey and Anthony Nolan.

“It’s a real coup to have Jeff coming as he’s one of the most recognisable and well-respected football presenters out there,” said Charlie Browne, president of the Jersey Football Combination.

“He’s a tremendous supporter of the prostate charity and we will be generating awareness and funds on the night, plus a percentage donation will be made to other charities from the table tickets sold.

“It’s set to be a brilliant night reflecting on the 2017/18 season, with the Combination and JFA working together to celebrate local football and we must thank Jacksons for making it all possible.”

Jersey Sport marketing and communications officer Tim Pryor, a former BBC Radio Jersey sports editor, will host the night, which will start with a drinks reception in the Rose Lounge followed by the three-course dinner in the Crystal Room and a £1000 cash prize draw.

Awards will be handed out to the best footballers in the island, while referees and supporters will also be honoured.

Tickets are available at a price of £850 per table of ten people and can be bought via the recently rebranded and relaunched Jersey Football Association website.


For more information regarding Jersey Sport events or training sessions please contact us at bookings@jerseysport.je